I’m having a little episode, here. I have just watched The City on the Edge of Forever, some 49 minutes of Star Trek originally broadcast in 1967, the year I was born. It’s good. I’m tempted to say, miraculously good. More than good enough to make me feel cheated.

There’s a long rant about Star Trek boiling away inside me, and it will have to boil on for now. In lieu of that essay I’ll just make a statement, and hope it matters to someone out there.

Star Trek has given meaning to my life. The original series embraced reason and the hope of peace, and made a hero of a man named Spock whose twin ambitions were knowledge and psychic emancipation (or Zen stillness, if you prefer). If you flipped to other channels you’d find people smoking and spitting, cooing on sitcom couches, gunning engines, gunning each other down. The original Star Trek, at its best, countered all that with a never-ending carousel of wonder, wrapped up in an ongoing argument in defense of the human spirit.

Best of all, it gave us these treasures not as theories but as lived moments. For Star Trek was also a cosmic opera house built for three. McCoy, the passionate humanist. Spock, the fortress of intellect, besieged from within and without. Kirk, the royal ego, charged with balancing these two princes, leading them forward, making them work as one.

You know all this. You know too how much there was to choke on in the original show: its chauvinism, the one-in-three episodes that seemed to be written by a team of stoned clowns, Shatner’s occasionally hideous hamming. But when the show worked – oh, how it worked! No one had ever seen anything like it. And rarely – very, very rarely since the sixties – have we seen it again.

Which brings me to an impertinent question. What has Star Trek been since 1969? What do all its movie and TV reincarnations amount to?

Not even for myself do I have an answer: tomorrow I may wake up and doubt (or even delete) the words I’m about to write. But I suspect they amount to a small, smoldering compost heap.

Granted, millions upon millions in rich leftovers have been dumped on that heap. But it’s never really worked. The process of decomposition has been too quick. Almost everything thrown at the heap has broken down quickly into pungent soil.

Almost? Yes, almost. The gold nugget was The Wrath of Kahn, because Nicholas Meyers' script was not written for imbeciles, or those so starved for the joys of the original that they would feign imbecility in exchange for references – references, by God, inside jokes, allusions! – to the show’s remembered strengths.

Wait! cries the critic, fresh from the theater. All that embarrassing schlock is behind us! All those Next Generation bridge scenes with Rick Berman’s mannequins delivering lines as though reading warranty statements. The makeup on Mr. Data so thick it seemed applied with a trowel; the costumes made of hotel bedspreads. The winks at the audience; the painful cameos. The aliens more poorly imagined than those in Buck Rogers. The very name “Mr. Data.” The agonizing solitude of Patrick Stewart, crying, raging, thrashing about night after night in his vain hunt for someone to act with, some scene worth completing. The dull, stale, meaningless drivel about deflector dishes, holodecks, antimatter containment diddlywhacks and Wesley Crusher’s puberty. It’s all gone! The bridge has been swabbed clean! J.J. Abrams himself gave the order.

That’s a rant for another night, perhaps—long after I turn in Book III of The Chathrand Voyage. I’ll just leave you with another question, this one about Abrams’ own film:

What was good? The film itself, that adrenal blur? Or the memories of something great that it did not so much build on as exploit one more time, in expensive, dumbed-down, risk-free fashion?

Could it be that Star Trek since 1969 is one vast money-gobbling machine, fueled by our hunger for what we glimpsed back then, by our nostalgia for a world that could dream such dreams, by our surrender of the future?

Again, I don’t know. But here’s one way to test the notion: wait and see if Trek boldly goes ANYWHERE the series hasn’t gone before, ever again. Wait and see if its corporate mandarins permit such a rash adventure, instead of prudently recycling our fathers’ inspirations. I for one pray the journey continues.

Thanks for the thoughts. My younger friends can sometimes seem so enamored of the new movie, that it is difficult for me to explain why this new movie bothers me. I think it's difficult for the new generation of Star Trek fans to appreciate what the original was like; the old production values can be difficult to ignore compared to today's CGI extravaganzas (and I don't dislike the CGI, I just wish they could have filmed the original episodes with all those great effects). But even to the jaded eye, there are episodes of the original series that reminds me that television can be used to tell stories and to examine larger issues. Thanks!

I agree completely. I have *hope* that maybe the "new" Trek will morph into something special, but this reboot movie was a necessary evil.

The best advice I could give a long time Trek fan is this: look at the new movie the same way you do a root canal.

It was pretty uncomfortable and seemed to go on forever. Also there was a fair amount of blood involved.

All you can do is hope that its worth it for the benefits down the line, and that you don't have to go through that procedure again.

You're probably right though - somehow Hollyweird will find a way to pile drive any potential out of it and it will die yet ANOTHER death.

The year you were born was the year I was in college, watching the original Star Trek. I took my 19 year old daughter to see this most recent movie, mainly because 1) Zachary Quinto played Spock; and 2) after all, the first slash moment was Kirk/Spock. Of course, being 19, she loved it. However, she then just had to watch the original series. Not only did she love it, she was amazed when she came to the realization many plots of later sci-fi shows were simply stolen from ST:TOS. And she does appreciate how amazing TOS is. As for myself, I could never enjoy any of the later ST series. They pale by comparison. BTW, the digitally remastered DVDs are awesome.

Thanks for your comments, everybody--great to know I'm not alone with my crankiness. I know full well that I was venting, but looking back on the text, I'm pretty much of the same mind as on that night of ranting.

Beware! I will take you back to Romulus and flay you as a heretic.

Newer Post Older Post Home
Subscribe to: Post Comments (Atom)
I'm happy to confirm that The Night of the Swarm, the fourth and final volume of The Chathrand Voyage Quartet, is complete and will be published Oct 25, 2012 by Gollancz (UK) and Jan 15, 2013 by Del Rey.

MY PARTNER, KIRAN ASHERON KILLING A FAVORITE CHARACTER.THE WHY OF WORLD-BUILDING.ADVICE TO NEW FANTASY WRITERS.A SCREAM TO REMEMBER.A Q & A at my U.K. Publisher's website
Map of NW Alifros

Get Letters from Alifros by Email or by RSS.


I proudly support OXFAM and its international partners in fighting for food security, economic justice, climate action and human rights. After working in and studying conservation & development efforts for many years (including a stint with Oxfam itself), one thing I can say with certainty is that it's far harder to do good in this world than anyone would like, or many care to admit. Oxfam's principles--independence from government funding, working with local partners and listening rather than preaching to the poor--are some of the best I know. They also have a funky sense of humor.

A Handful of SF&F Links 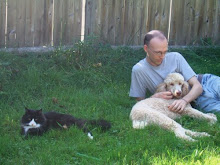 Fun facts about Robert VS Redick

Robert V.S. Redick
I write every day. My grandfather used to make elderberry wine. I live in the neighborhood of a great horned owl. I've been a vegetarian for 21 years but still get cravings for bratwursts boiled in German beer.